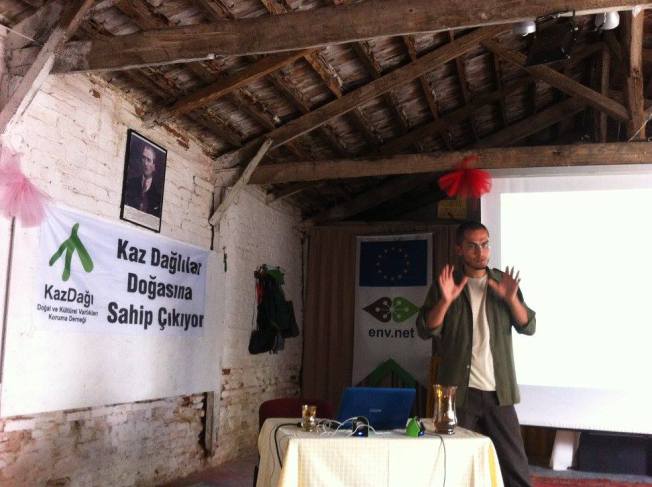 Local people of Mound Ida (Kaz Dağı) have united against the planned gold mining activies in their villages. The movement of the villagers are growing through exchange of experiences and solidarity. Env.net subgrantee, Association for Protection of Natural and Cultural Assets of Mount Ida has started the movement  and is stil very actively involved in the Project “People of Mount Ida Protecting Their Nature”. 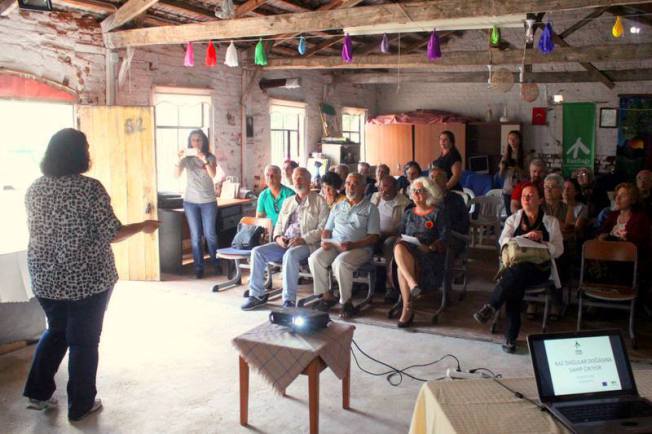 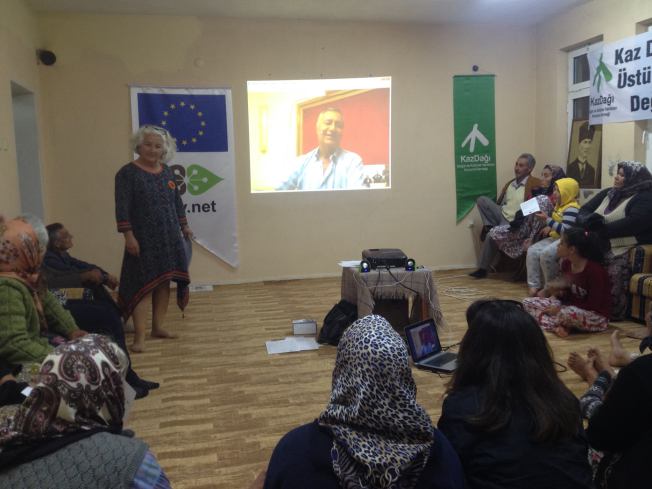 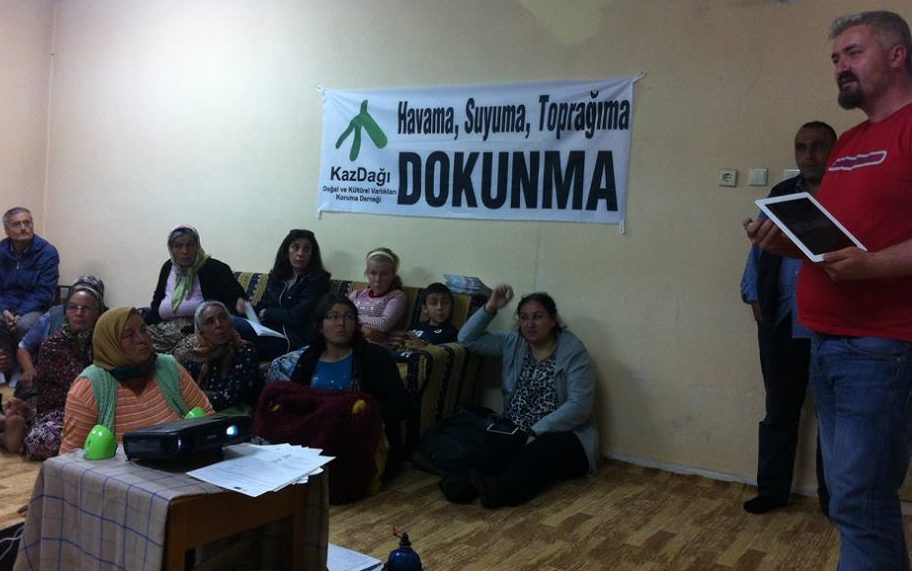 In November, 2015 they have protested the mining company during the EIA meeting using their whistles and banners. They have organized many awareness raising events, distributed brochures in regards to the issue and through these activities they have gathered over 5,000 signatures against the gold mine. The association also organized a seminar, which involved 2 speakers. Berkay Atik, Board Member of the Wheat Association has emphasized the importance of supporting the local environmental activism and also local economic development and has suggested to form a network for the locals to sell their natural healthy products without intermediaries. He has also given some information about “food communities” and “community supported agriculture”.

In her speech Suheyla Dogan, the president of Association for Protection of Natural and Cultural Assets of Mount Ida has emphasized that empowering women has reflected on the development of the local villages. 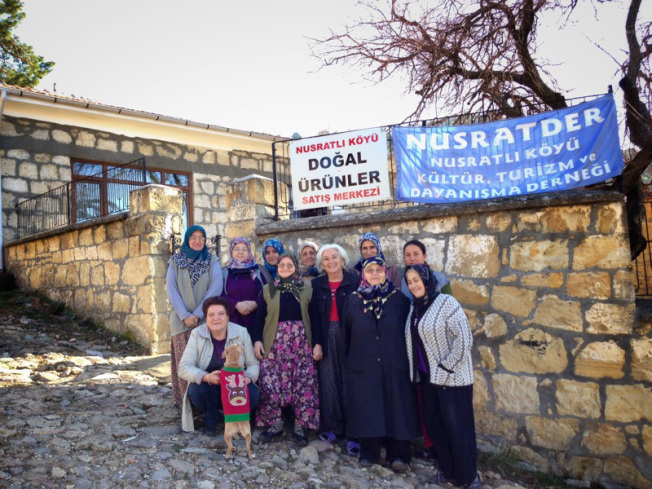 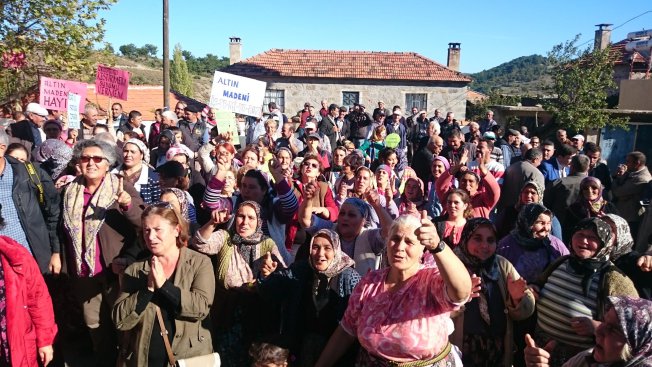 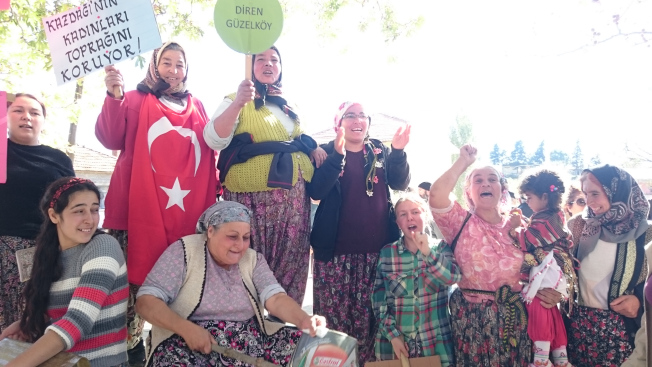 On Thursday June 9th, Association for Protection of Natural and Cultural Assets represantatives Ms Süheyla Doğan and Ms Olga Durel were hosted at the Env.net supported radio show produced by the Env.net team in TEMA Foundation called “Yeşil Dalga” (Green Wave) on “Açık Radyo” (Open Radio). The podcast of the broadcast in Turkish can be reached at the following link: