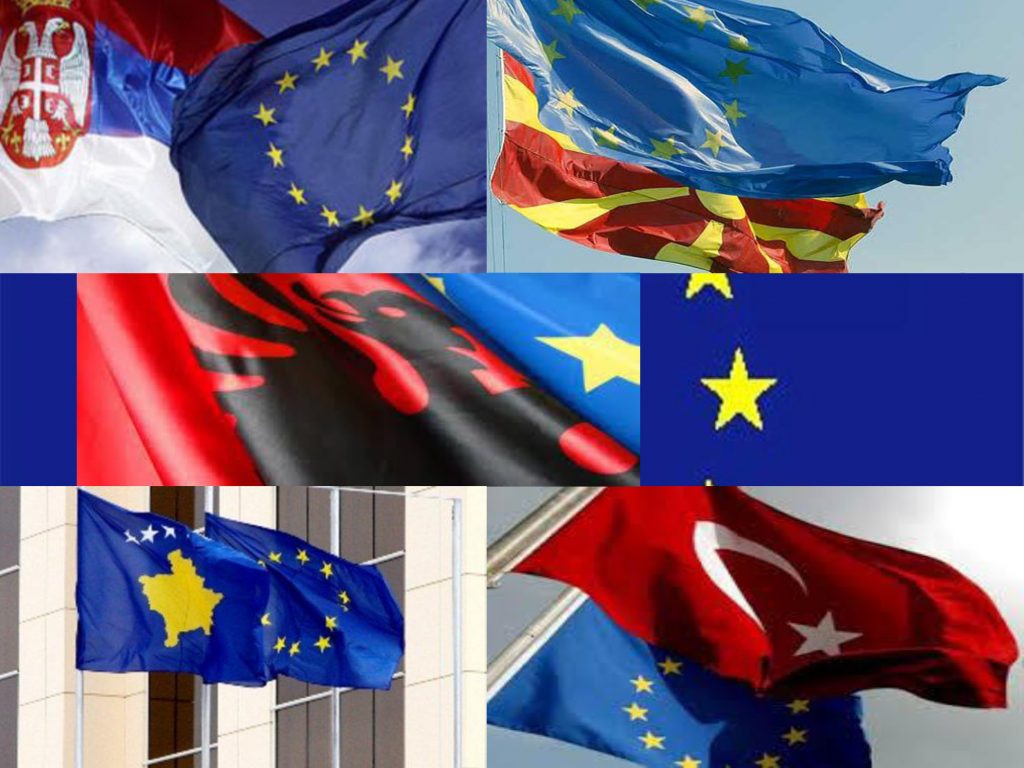 For more details please have a look at the paragraphs below per each partner country of ENV.net:

Directives on Environmental Impact Assessment and Environmental Crime are not yet fully adopted. EIAs are not carried out systematically and an effective system to prosecute and penalize environmental crimes needs to be established. Public information and consultations are still weak.

No National Strategy for Air Quality or Law on Ambient Air Quality has been adopted and overlaps between institutions on air quality monitoring still persists.

The new amendments to the Law on integrated Waste Management are not in line with the acquis. Although a national advisory group and committee on waste to plan and coordinate implementation of policies have been established, they lack human and financial capacities. Waste separation is non-existent; recycling is at very low rates and waste continues to be disposed in open legal dumpsites.

Still there is no strategy for water supply and sewage; however the new law on integrated water management is adopted.  The law on banning hunting is adopted but still hunting continues.  No progress in the field of industrial pollution and environmental noise.

A law on renewable energy was adopted in May 2014, with partial entry into force foreseen for January 2015. In the field of the energy efficiency, the draft Law on Energy Efficiency is still being prepared.  Substantial efforts are needed to fully integrate climate considerations into all relevant sectoral policies and strategies, as a comprehensive climate policy and strategy in line with the expected EU 2030 policy framework on climate and energy still needs to be adopted.

The Report shows that Kosovo has not progressed beyond the very initial stages of harmonization with the acquis in these areas. There has been little progress on new legislation and implementing existing laws. Environment and climate need to become government priorities. Quality of environmental reporting needs to improve to better inform about government policies. Kosovo urgently needs to secure financing of monitoring institutions, particularly to ensure the maintenance of existing air and water monitoring networks, and to establish a system for GHG monitoring and reporting. Kosovo needs to adopt a climate strategy and action plan, in line with the expected EU 2030 policy framework on climate and energy.

Little progress was made in the areas of environment and climate change. Administrative capacity needs to be strengthened in all areas and the government needs to cooperate more with civil society and other stakeholders.

Strategic planning and significant efforts are needed in order to ensure that national legislation is in line with the EU acquis, and that this legislation is implemented. Investment needs to be significantly increased, especially in the waste and water sectors.

Little progress has been made in the areas of environment and climate change.

Strategic planning, greater administrative capacity and substantial investments linked to strategic priorities are needed to further align with EU policies in areas of environment, climate action and civil protection. A pipeline of investment priorities was developed in May 2014.

Efforts are under way to strengthen inspections and enforcement but need to be accompanied by removal of inconsistencies and gaps in the legislation that prevents effective enforcement. An effective and permanent financing system for environment and climate change is needed.  The country needs to put forward by the first quarter of 2015 its intended contribution to the 2015 Climate Agreement.

Overall, priorities in the fields of environment and climate change have started to be addressed.

Turkey amended again its horizontal legislation on the environment which is not consistent with the requirements of the (EIA) Directive, leading to several large infrastructure projects to be excluded from national EIA procedures, (micro hydropower plants and the third bridge on the Bosphorus).   Turkey is not yet Party to the Aarhus Convention, and further efforts are required for Turkey to align with related EU acquis on access to information, public participation and access to justice in environmental matters.

The draft Nature Protection Law is not in line with the EU acquis, and if adopted without implementing legislation, the law would repeal the National Parks Law, causing a legal vacuum. The potential Natura 2000 sites have not yet been identified. However, Turkey has adopted a series of laws allowing investments in wetlands, forests and natural site areas which are not in line with the acquis.