ENV.net team Serbia, organised the Second Annual Seminar for Teachers, on December 12, 2014., in Belgrade.  Over 50 participants were present from all levels of education institutions from pre-schools, elementary and secondary schools, to higher educational institutions (college and university).  The main topics discussed include different ideas and methods on how environmental education in schools could be enhanced and better represented in school curriculum. 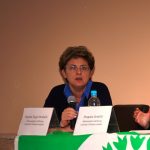 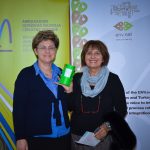 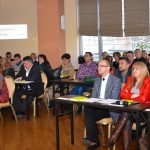 Chapter 27 within the EU accession negotiation, concerning environment, is among the most demanding and most expensive ones, and Serbia is faced with a “bumpy” road when it comes to harmonisation with the European standards, said the participants of the “Environment towards Europe” conference, held at Belgrade Chamber of Commerce on the occasion of World Environment Day. Head of the European Integration Section of the EU Delegation to Serbia Freek Janmat said that a considerable part of the EUR200 million of pre-accession funds for the period 2014-2020 would be earmarked for environment. He said he expected Serbia would successfully face the challenges of harmonising domestic standards with the demanding EU regulations related to environment. State Secretary at the Ministry of Agriculture and Environmental Protection Stana Božović said the negotiating Chapter 27 would be the most expensive, demanding, and serious one, adding that two thirds of all regulations and standards that need to be harmonised with the EU were related to environment.

EnE14/ENV.net Conference on June 5, 2014 (World Environment Day) in Belgrade, thematically focused on Chapter 27 of Serbian negotiation with EU, present strong  multi-stakeholder event (government-academia-industry-local communities-NGOs), with the presence and messages from representative of EU Delegation in Serbia, UN Resident Coordinator, OSCE and German Embassy, among others. See AGENDA , and Papers Proceedings.

More images from the event

More about the Conference , including the presentations

Ongoing Flood Emergency in Serbia: Serbia declared a national emergency as rivers across the flooded roads and bridges, shutting down schools and cutting off power (some images from Serbia). EASD team  widely share the Guidelines how to behave during and after a flood. 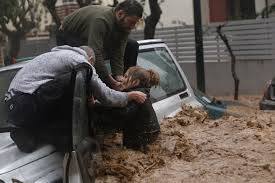 Representatives of the governments of eight countries – Albania, Bosnia and Herzegovina, Croatia, Kosovo*, Macedonia, Montenegro, Serbia and Slovenia – have endorsed on December 2, 2013 in Budva-Montenegro,  a key agreement for the protection of the environment in the Adria region in South-Eastern Europe.

The agreement sees the Adria countries formally commit to strengthen regional cooperation in conservation and sustainable development, and the establishment of a first trilateral transboundary protected area between Albania, Kosovo and Macedonia. The first two marine protected areas in Montenegro were also approved for creation. This agreement increases the eight countries’ protected territory by more than 13% and is endorsing the creation of two new national parks, 10 protected landscapes, and three marine protected areas.

The eight countries have committed to assess the economic value of their natural capital, while integrating nature conservation goals into economic development plans for fisheries, forestry, agriculture, energy, spatial planning, and cross-sectoral cooperation.