Green Wave, the radio show produced by the Env.netTeam in TEMA Foundation is now sponsored by Env.net for the coming six months. July, 21st was the
9th broadcast of the series.

ur guest for Green Wave was Prof. Kayıhan Pala from “No to DOSAB Power Plant” Platform and Uludağ University Medical School Public Health Department.  The topic for this week’s broadcast was the movement against DOSAB Coal Power Plant in Bursa, Turkey.

The platform that Prof. Pala belongs to was formed after the announcement of the DOSAB Power Plant and has 105 member organizations. As he has completed a comprehensive study on the public health effects of Bursa, Orhaneli Coal Power Plant he led the public awareness campaign that was initiated by the Platform. Emphasizing the drastic public health effects that were revealed through the mentioned study like the correlation between PM 2.5 and occurrence of certain cancer types, he suggested that every project that might have an effect on the public health should be investigated and evaluated in frames of a health impact assessment process. 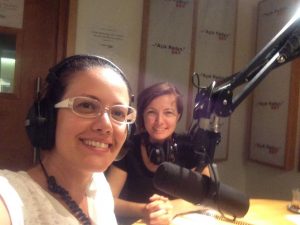