Green Wave, the radio show produced by the Env.net team in TEMA Foundation is now sponsored by Env.net for the coming six months. July, 7 was the 7th broadcast of the series. 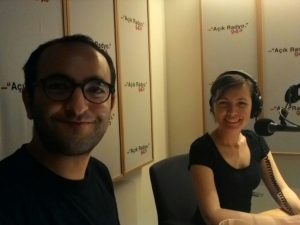 This week our guest for Green Wave was Batur Avgan on the phone, from the Association for Preservation of Natural Resources and Biological Diversity (DoğaDer),  one of the Env.net sub-grant recipients. The topic for this week’s broadcast was the “Tunceli Lynx Communication Network” Project that DoğaDer has completed recently, with the support of the Env.net sub-grant. The project’s major concern of DoğaDer, which also is the main driver of the Project, was the absence of information regarding the habitat and struggles of wildcats. That is why, in the frames of the Project an observation and a communication network was formed to identify the struggles and challenges that lnyxes in Tunceli region were encountering.

In the lines of the projects a group of informants was formed and they were encouraged to provide and collect information on lynxes by interacting with the local people in numerous areas within the region. The ultimate goal of the project is to raise awareness about the importance of lynxes for the ecosystem that they live in, encourage preservation of lynxes and their habitats. In this sense Mr. Avgan suggested communication with the local people was an essential part of understanding the local people’s perception of wildcats and also contributed vastly to take the project to the next step. 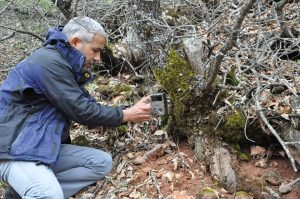