On 11th June 2016 in Skopje, the ENV.net team from Macedonia, with support of EEB, organised a one-day training on Strategic environment assessment (SEA), Environment Impact Assessment (EIA) and Public Participation.
The main objective of the course was to provide a general understanding on EU acquis (pertaining to SEA, EIA and Public Participation), and a possibility for Macedonian CSO to be better informed with SEA/EIA EU policies and practices, compared to those in Macedonia. It also aimed to provide a forum for discussions how they can contribute to the national and EU policy making.
At the course attended 22 participant, representatives of CSOs, local and national governments, university professors, and environmental activists. Key presenters included Richard Filcak (EEB), Kiril  Ristovski (Florozon), Natasha Dokovska (Journalist for Human Rights), Nevena Smilevska (Eco-Svest – ETNAR for MK) and Gjoko Zoroski ( DEM-ETNAR for MK from Ohrid) & Nenad Kocik ( Vila Zora Veles)
The presentations delivered at the training, covering varieties of topics like EIA& SEA in the EU: Situation, Challenges and NGO Perspectives; Legal provisions, mechanisms and opportunities for access to information on environmental issues and public participation in decision-making; Aarhus Convention as a benchmark for environmental good governance; the cases of NP Mavrovo (Bern Convention as a tool for protection of the National Park Mavrovo) and NP Galicica (How to preserve nature?; Amended Management Plan of the National Park Galicica, and the endangered species by the projects), the cases of Veles (Citizens’ protests against the reopening of the smelter in Veles), and Probishtip (Government intention to allow construction of an iron foundry and iron products in Probistip),  triggered very dynamic and fruitful discussions among the participants, which resulted in a common conclusion that in order to be more effective we need to join forces in order to strengthen our role on both national and local level. 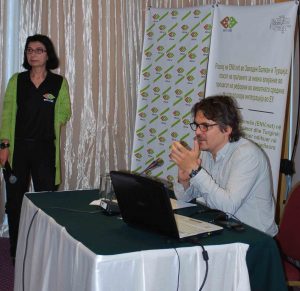 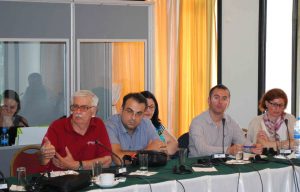