Within the regional project, ENV.net, supported by the European Commission, ATRC in cooperation with NGOs from Republic of Macedonia marked World Day of Water on 22nd of March and organized cross country activity with the aim to raise the awareness of the population in both countries for environmental protection and advocacy for implementation of environmental policies. 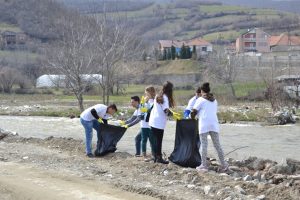 The activity included cleaning of the River Lepenc that flows in both Kosovo and Macedonia and connects both countries in Hani I Elezit. Partner organization from Skopje, 4x4x4 Balkan Bridges, engaged their volunteers to clean the river on their side of the border while ATRC with their respective volunteers cleaned the same river on the Kosovo side. At 12:00 o’clock both parties met on Kosovo side, in Hani I Elezit, and gave a clear message that even though border splits environment is the one that connects. 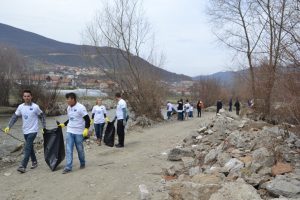 Figure 2 A good examples to all

During this activity, a “Joint Declaration” prepared by NGOs engaged in this activity was read. The declaration said that “We want to open a new chapter of mutual cooperation for achieving joint aim that is clean and healthy environment for current and future generations”. 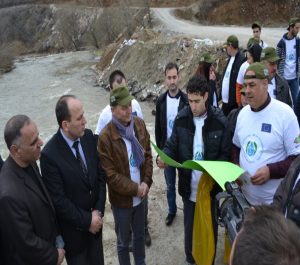 Ferat Shala, Vice President of the Ministry of Environment and Spatial Planning of Republic of Kosovo and Nurhan Izairi, Minister of Environmental and Physical Planning of Republic of Macedonia said that all institutions in Kosovo and Macedonia, as well as citizens in general, have the obligation and are responsible for their actions that are linked with water resources, in order to protect them.