Every year, millions of tones of litter end up in oceans, beaches, forests and elsewhere in nature. The primary causes are our societies’ unsustainable production and consumption patterns, poor waste management strategies and the lack of awareness of the population.

In order to reduce littering in nature and to give visibility to the issue, the EWWR (European Week for Waste Reduction) coordinated a Europe-wide annual clean-up day on 10th of May.

Several clean-up campaigns have been implemented in Europe over the past years to tackle the litter problem. The European Clean-Up Day, “Let’s Clean Up Europe!” intends to bring these initiatives together  to have a Europe-wide clean-up event that takes place on the same day all over the continent; involving and reaching as many citizens as possible.

The purpose of this activity in Turkey and worldwide ; 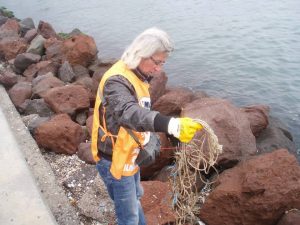 Within the ENV.net project, along with its partners, TEMA Foundation also participated in this event with the support of its volunteers from around Turkey. In nine different cities TEMA Foundation’s volunteers took an action to clean their areas.  Despite the bad weather conditions in one of the cities, activities were performed in all attended cities. It was a huge event with large participation from local residents and local communities. 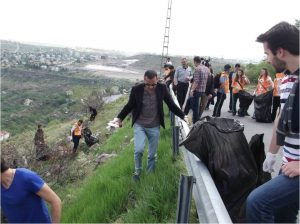