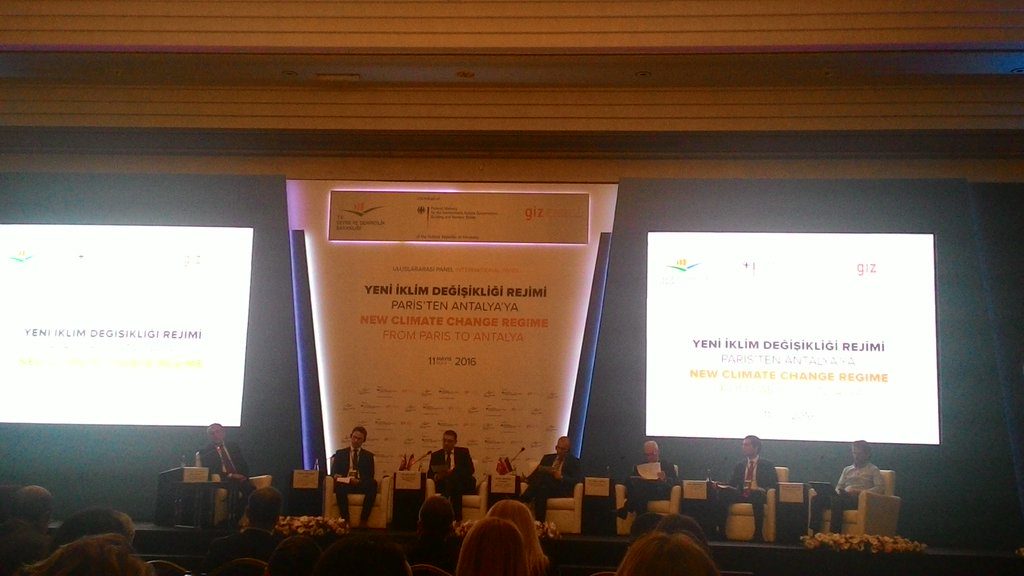 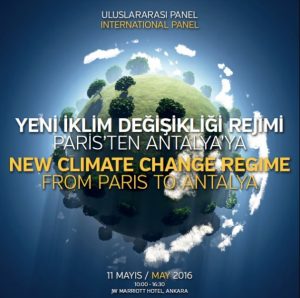 As part of the International Climate Initiative and a joint project conducted by the German Federal Ministry for the Environment, Nature Conservation, Building and Nuclear Safety and Turkish Ministry of Environment and Urbanisation, a high level meeting was held in Ankara on Wednesday May 11, 2016, entitled “From Paris to Antalya for a New Climate Change Regime”.  The Env.net team in TEMA Foundation was present at the meeting, together with their NGO partners from the Turkish Climate Network, “İklim Ağı”.

In the panel, Prof. Karapınar expressed the views of the Turkish civil society on the current climate related policies of the Turkish Government. More specifically, he mentioned that the current INDC of the country is not ambitious enough and Turkey should leave the fossil fuel intensive economic development paths. He added that current Electricity Market Law which provide high price purchase support for domestic lignite fired power plants will have severe environmental consequences, and therefore should not be implemented. Instead, the current fossil fuel subsidies should be diverted to the renewable energy projects.