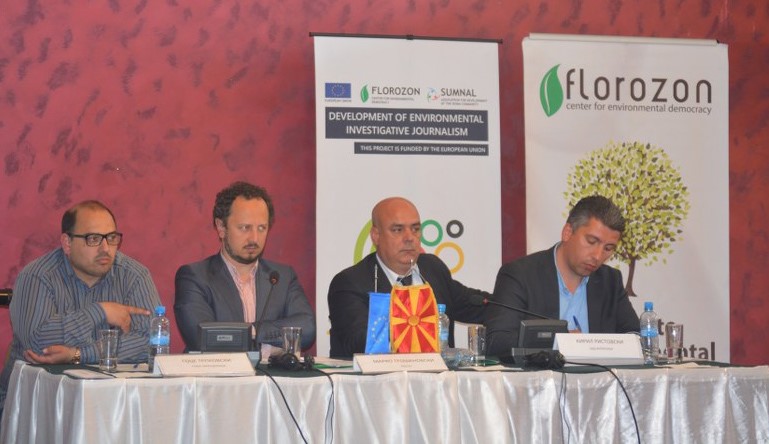 Mr. Dusko Hristov, as representative from the ENV.net Macedonia, was invited to participate as a key note in a public debate titled “Environmental topics in the media – advantages, barriers and opportunities”.

The event, that was held on 28th April, 2016 in Skopje, was organised by the Centre for Environmental Democracy – FLOROZON and Development Association of the Roma Community – SUMNAL. The event was part of the “Development of Environmental Investigative Journalism” project, supported by the Delegation of the European Union in Skopje under the IPA Civil Society Facility and Media Program 2014 (EuropeAid/136-992/DD/ACT/MK).

It was a good opportunity for present the progress and achievement of the ENV.net project, as well as to share information about the ENV.net attempts to raise this issue on a higher regional level.

Key topics discussed at this public debate included: presence of environmental topics in the media – existing practices; advantages, barriers and opportunities for effective CSOs-media cooperation; as well as recommendations for further improvement. Participants pointed to a number of challenges such as increasing pollution increases, but scarce media coverage, insufficient investments in the environment, lack of transparency and unsatisfactory involvement of the concerned public in decision making processes. 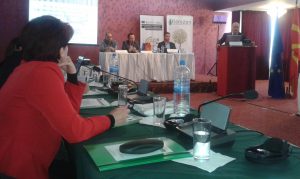 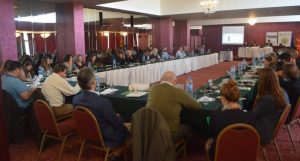