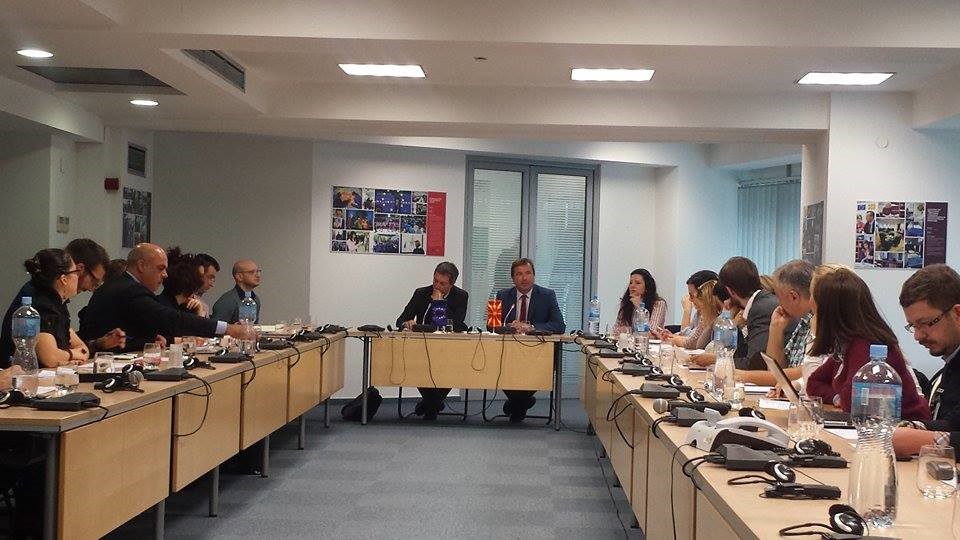 On 10th November, 2015 a consultation meeting with CSOs regarding the IPA II – Civil Society Facility Programming for 2016-2017, organised by the EU Delegation  took place at the EU Delegation in Skopje.
Mr. Martin Klaucke Head of Cooperation and Mrs. Irena Ivanova from EU Delegation in Skopje and more than 40 CSOs representatives of country wide participated at the meeting. Mr. Nicola Bertolini, Head of Sector, Western Balkans and Turkey – Regional Cooperation & Programme Unit, DG NEAR also participated at this consultation meeting.
The main topics of the discussion were related to current achievements and the plan for IPA II for the period 2016-2017. As presented, the total budget for the Civil Society Facility Programme for 2016-2017 for Macedonia would be 6.3 million Euros, allocates under the following types of actions: Support to enabling environment to CSO (2016-2017), Support to the national resource centre (2016), Support to civil society sector networking mechanism (2017), and supporting measures (2016-2017).
Based on the suggestions presented in these consultative meetings, the IPA II programme with defined priorities and calls is expected to be completed by March 2016. What is new about Macedonia regarding the IPA II is that UNDP will be the partner of the programme, and the implementation will be managed by the Government (Ministry of Finance and other referent ministries). The approval of the IPA II programme is planned for April 2016, while the announcement of calls is foreseen to start in the second half of 2016, or at the beginning of 2017.
As presented by the key speakers, the focus of IPA II would be put on the sustainability segment of the action after the end of projects. It is interesting to mention that TACSO office in Macedonia will be closed in 2017, after which its role will be executed by the Resource centre, while the key direction will be given by the regional TACSO office from Sarajevo.
Another important component of the IPA II programme would definitely be the re-granting, as a compulsory element of all IPA II calls. The ENV.net Macedonia representative used the opportunity to share the ENV.net project re-granting experience, which was welcomed by both participants and representatives from the EU Delegation in Skopje.
Aside from the main topic of consultation, participants were also welcomed to address other topics of joint interest related to the enabling environment for civil society in the country. 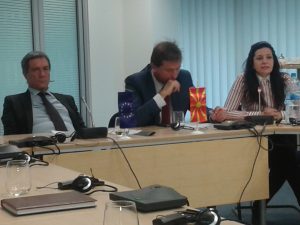 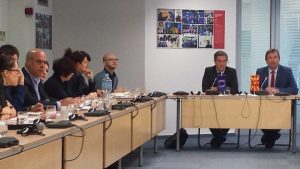