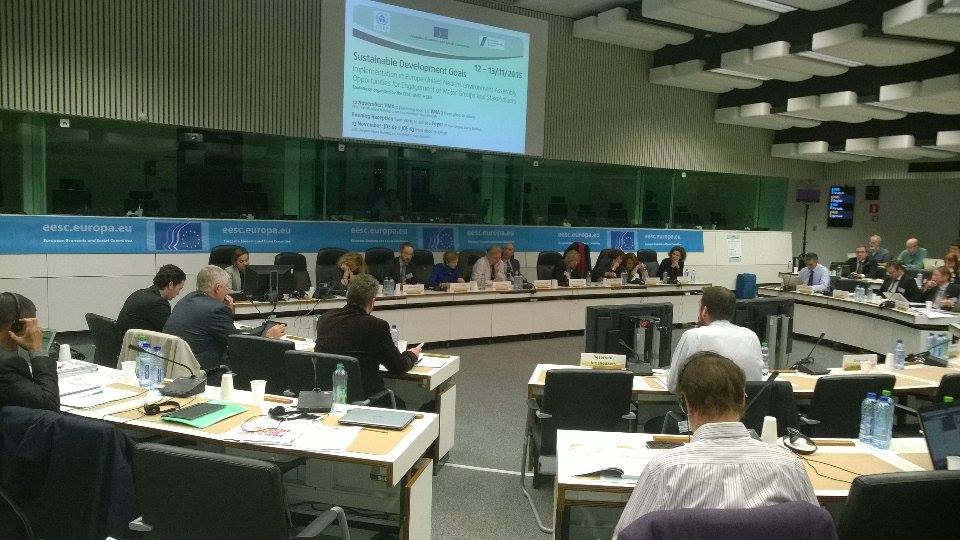 A two-day conference on the implementation of the SDGs in Europe and the UNECE region was held on 12-13 November, 2015. in Brussels.  The conference was organised by the United Nations Environment Programme (UNEP), the European Economic and Social Committee (EESC), and the European Environmental Bureau (EEB).  The conference was attended by high-level speakers from the UN and European institutions as well as representatives from civil society organisations and other stakeholders, including a representative from the Environmental Ambassadors for Sustainable Development.

At the conference were discussed major challenges on how to put SDGs into practice set by the new agenda globally as well as for Europe;  United Nations Environment Assembly (UNEA); and Opportunities for Engagement of Major Groups and Stakeholders (MGS), etc.

At the 2015 UNEP Regional Consultation for Europe (RCM) with Major Groups and Stakeholders (MGS) from the UNECE region discussion was held on how to prepare the positions for the preparation of the second session of the United Nation Environment Assembly (UNEA-2) to be held in May 2016 in Nairobi.