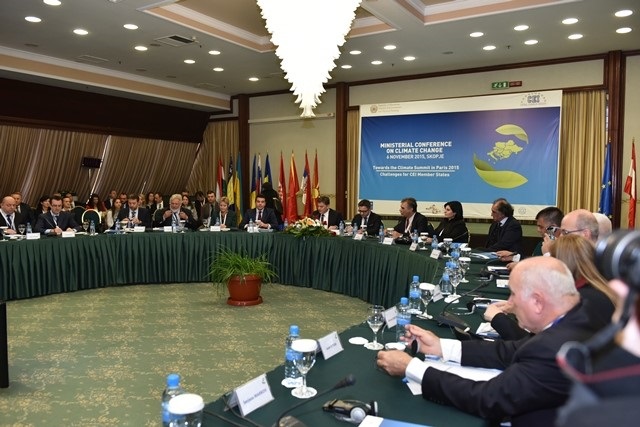 On November 6, 2015 in Skopje was organised a high-level International ministerial conference “Towards the Climate Summit in Paris in 2015, challenges for the CEI member states.”
The Conference where more than 150 high-ranking participants, including 9 delegations at ministerial level of the Member States of the CEI, 16 representatives of embassies in the Republic of Macedonia, as well as many scientific institutions, international and domestic NGOs, exchanged experiences and views on the challenges faced by member states of the CEI’s efforts to achieve low-carbon growth was officially opened by the Minister of Environment and Physical Planning, Mr. Nurhan IzairiWith its INDC, Macedonia by 2030 is aiming for a reduction in carbon dioxide emissions from burning fossil fuels for 30%, or 36% for a higher level of ambition compared to the reference scenario. For the period 2015-2030, investments needed for implementation of the scenario for climate change mitigation are estimated at 4.2 billion euros, while for realisation of a more ambitious mitigation scenario, the estimated amount is around 4.5 billion euros. However, as it was pointed at the Conference, the implementation of national policies and measures to mitigate climate change will depend on the involvement of the private sector, access to new sources of funding and increased international support.
The Conference adopted a Declaration, which expressed readiness for mutual cooperation in order to achieve the so-called “greener” growth for the CEI region.
The round-table panel discussions, held during the second part of the Conference, were focused on the following topics: The role of science as a trigger for lower emissions of CO2; Need for reforms in the educational system aimed at preparing future generations for the challenges associated with climate change; Raising public awareness by building a low-carbon society philosophy for each individual; 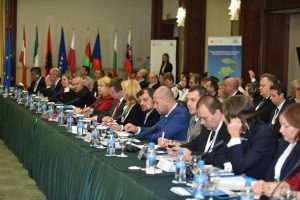 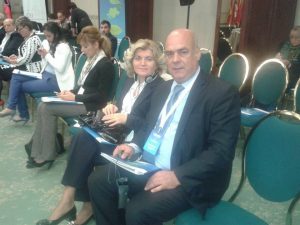 Acceptance of the model of low-carbon economy, etc. The Conference was supported by the Secretariat of the CEI, the Regional Environmental Center (REC), Milieukontakt and the United Nations Development Program (UNDP)
Source: http://bit.ly/1lM3SEa