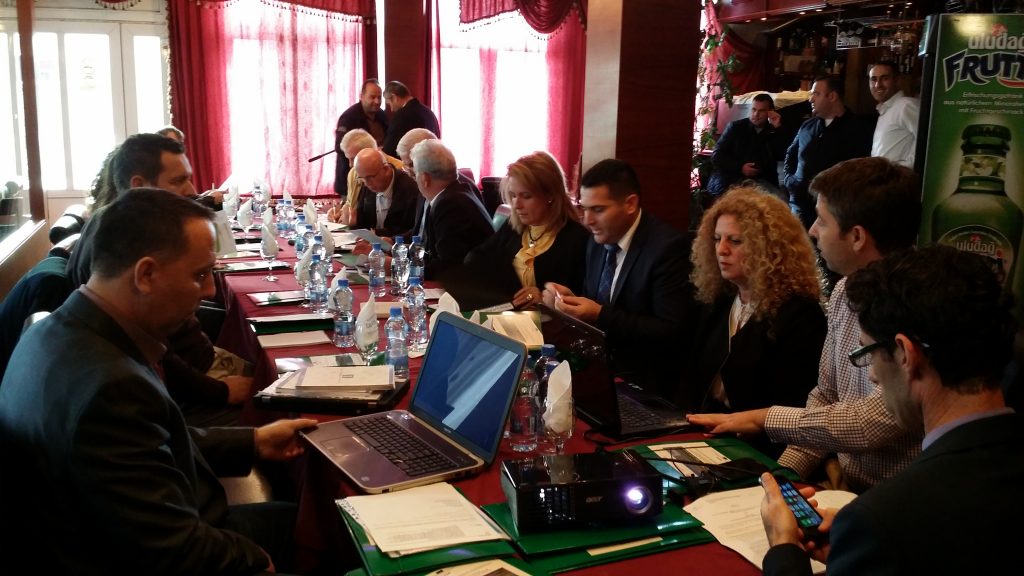 On 21st of October, a round table was organized by ATRC in Drenas Municipality. Aim of this table was to discuss the effect of industry in environment with focus on air and water quality. The case that was mainly discussed was factory NewCoFeronikeli.

This table was organized in a panel where the participants discussed about the:

This round table was seen as a very important activity by all participants as it is a tool for people’s voice to be heard more on the issues that affect them directly.

All parties had their own presentations and when comparing them they not have same data on the same issues. Therefore all participants agreed that there is a need to further develop the monitoring system at all points required.

According to the data presented by all there is a moderate pollution that increases from time to time. Compared to the previous data, this year data shows some improvement. This is due to the investment done by the factory as per integrated environmental permission requirements.

Municipality has to be more proactive on the issues regarding the environmental protection and for this they have to plan a budget line in order to invest on environment and reduce pollution.

There is a clear lack of public information on the environmental pollution. This has to be improved immediately in order to avoid misunderstandings of people.

Factory has to be more open to the public and also continue investing in modern technology that would reduce air and water pollution. Also we would recommend that the factory should continue reporting to the relevant institutions on the monitoring data but also to inform municipality and people.

All agreed in one thing and that is that there is a need to raise the voice of people for greater influence in environmental reform process aiming at reaching faster the road towards European integration.