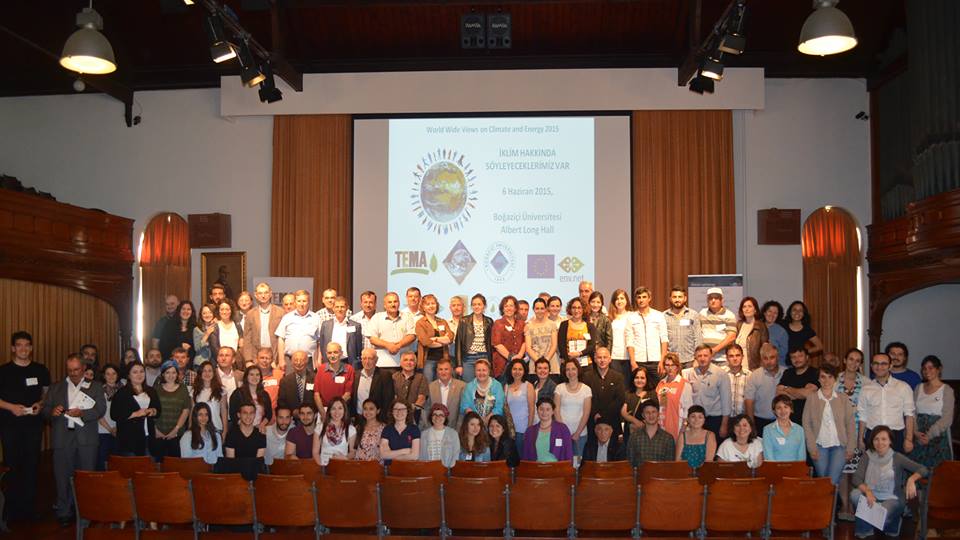 On 6 June, 2015, over 10.000 citizens representing a cross section of society in 80 countries met in their respective countries to make their voices heard in the international climate change negotiations leading to Paris, France this December.

98 citizens from various sectors in the society including teachers, clergy, farmers, academicians, students attended a half day event to deliberate on some of the most important issues facing the world today: climate and energy.

Participants were introduced to 5 different thematic issues; Importance of tackling climate change, Tools to tackle climate change; UN negotiations and national commitments; Fairness and distribution of efforts and Making and keeping climate promises on 5 sessions. A information booklet was provided before the event about pros, cons and views on different climate and energy policies, targets and measures and videos were presented at the start of each session on the following topic. Then the participants were divided into 10 differenr groups where they discussed issues of climate change and vote on an identical set of questions.

The results from the voting was published immediately on http://climateandenergy.wwviews.org/results/, making it possible for everyone to follow live the discussions. Preliminary results from this unique event were then presented  at the June sessions of the UN Framework Convention on Climate Change (UNFCCC) taking place in Bonn, Germany in advance of the UN climate conference (COP21) 2015.

* The project was coordinated by the Danish Board of Technology Foundation, in collaboration with Missions Publiques and the French National Commission for Public Debate. It was co-initiated by the UNFCCC Secretariat and implemented by partners in the World Wide Views Alliance.