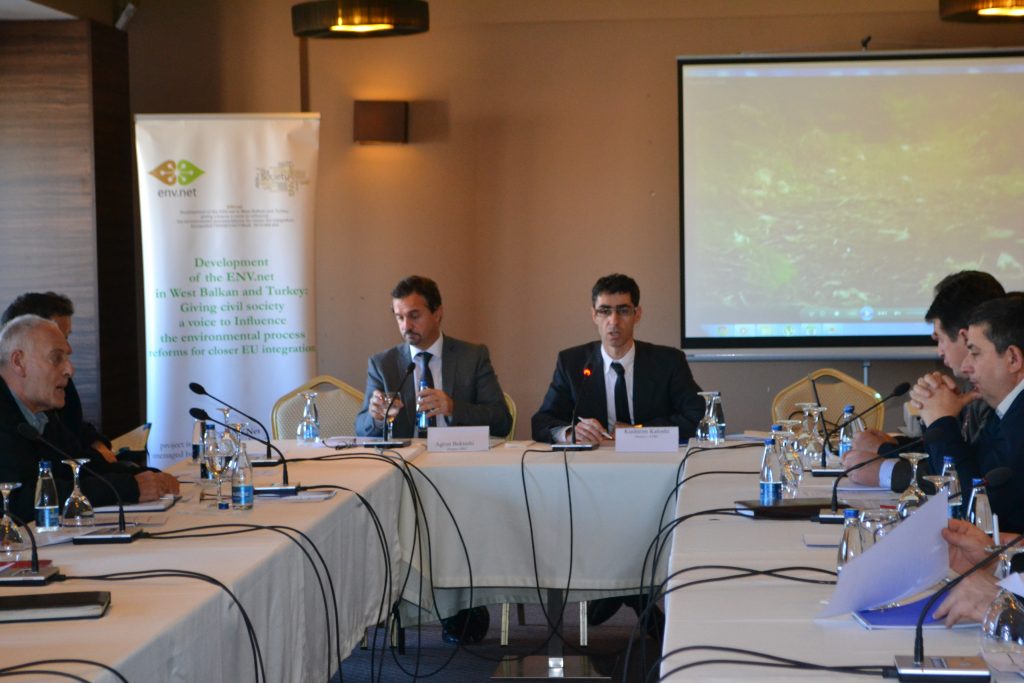 Advocacy Training and Resource Centre (ATRC) in cooperation with the Regional Environment Centre – REC, within the regional project, Env Net, organized the conference on the topic: “Managing forests and measures undertaken to prevent illegal logging”.

In this round table participated officials from 11 Kosovo municipalities which are the most affected from the phenomenon of logging with no criterion, such as: Podujeva, Vushtrria, Istogu, Peja, Deçani, Juniku, Kaçaniku, Ferizaj, Vitia, Kamenica and Hani i Elezit and representatives from the Government of Kosovo, respectively the Ministry of Agriculture, Forestry and Rural Development and the Kosovo Forest Agency.

The representatives of Kosovo Municipalities, in their presentations showed the severe situation of forests, and the obstacles and challenges they face in the protection of forests which are related to limited budget, limited and mixed responsibilities, lack of good cooperation between the Ministry, the Agency and municipalities, lack of court, police and prosecution efficiency in handling the cases and prosecuting illegal loggers.

Representatives of the Ministry of Agriculture, Forestry and Rural Development and the Kosovo Forest Agency emphasized the successes, and the challenges they face in implementing the Law on Kosovo Forests, specifically, protecting forests from further deterioration. As they said, decentralization of competences for protection of forests to the municipalities was a request of the municipalities and was considered to be positive although the poor management of National Parks by the Ministry of Environment and Spatial Planning remains an issue.

Monitoring the implementation of this Law by the Committee on Environment of the Assembly of the Republic of Kosovo should be a priority, since monitoring would show the level of implementation, the reasons for failure to implement and the changes to be made in the current law.