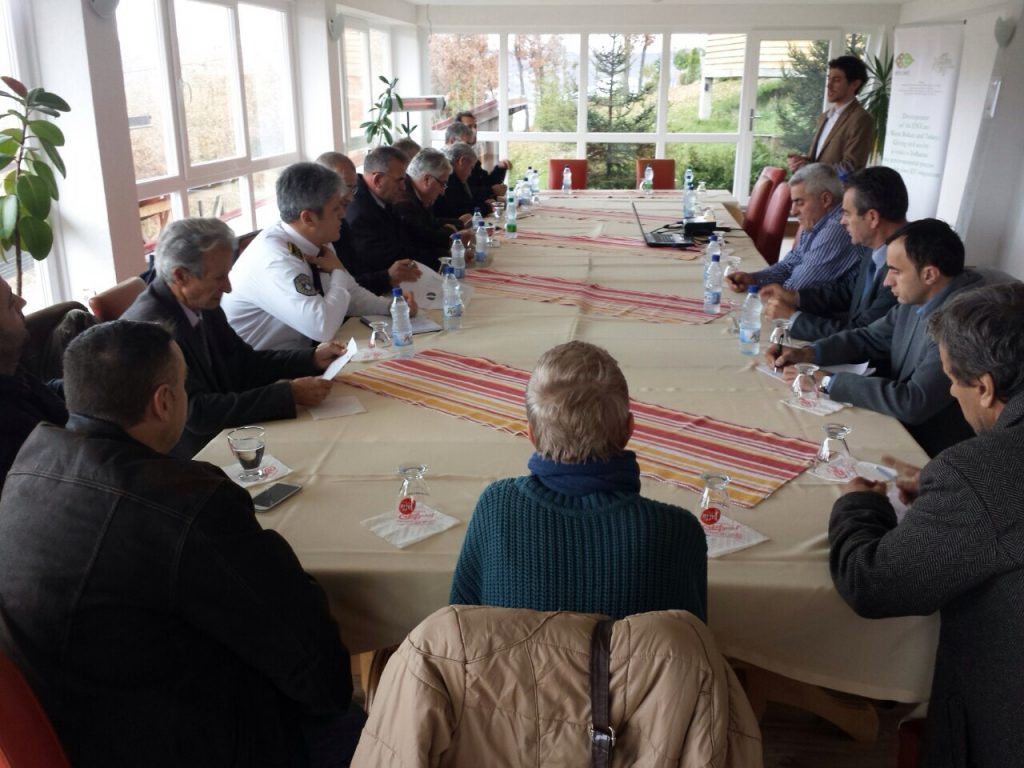 Advocacy Training and Recourse Center (ATRC) in cooperation with organization ProActive, in the framework of regional project, Env.Net, supported by European Commission, held a roundtable disscussion regarding forest management and measures to be taken to prevent illegal logging in Municipality of Kamenica. The purpose of the meeting was to disscuss the role of Basic Court and relevant institutions in Kamenica, in order to prevent this negative phenomen.

Director of Agriculture, Forestry and Rural development Mr. Islam Isufi said that despite the small number of foresters and the danger they face since they are unarmed, Kamenica is one of the most successful municipalities in Kosova in terms of enviornmental protection. He invited relevant insitutions responsible for increasing the number of foresters to go out in the field, see the terrain and protect the enviornemnt. Zijanin Spahiu, the President of Basic Court branch in Kamenica, talked about the efficient work of the Court in reviewing and enforcing the cases, dispite difficulties, such as the small number of prosecutors and judges. Police station Commander Nazif Hajrizi, invited citizens to cooperate and announced the effective work of Kosovo Police to prevent this negative phenomenon.

Qazim Jashari, one of the citizens present in the meeting, asked from the relevant insitutions to take measures on preventing stone quarry, and have less burocracy when it comes to getting documentations for logging.

The conclusions of this meeting were that: citizens should become aware and ask for compensation; the number of prosecutors and judges to be increased; to have a higher number of foresters that will be well equipped with vehicles and weapons; a higher number of police patrols throughout rural locations where logging happens; raising awareness of the community regarding a better cooperation with relevant insitutions on preventing this negative phenomenon.