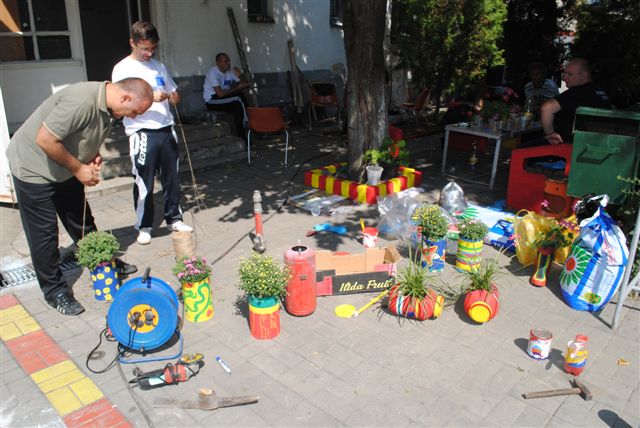 After the finalization of the 6 creative workshops for waste reusage where the participants were pupils from the high school Dimitar Vlahov, we have started with the organization and preparation of two workshops for young volunteers and adults.

The first workshop was help on 26.8.2014. there were 5 young volunteers from the environmental association Planetum and representatives from five other organizations from Strumica municipality.

The second workshop was held on 4th of September, 2014. We had adult participants, volunteers from Planetum and from other organizations as well.

The atmosphere was creative, the waste was inspiring for the participants and we have produced great and original producs. We have confirmed that the waste can be reused if there is enthusiasm, creativity and initiative.

The participants have produced 23 .flower pots and three sculptures.

The feedback from the participants was that there is interest and expectations for more activities like this to come in future.

During this period, the Project team was in parallel preparation for the already planned guerilla actions.

It is important to mention tha constant communication with the municipality of Strumica and the representative for environmen, the responsible person for horticulture from JPKD Komunalec, the director of the Dimitar Vlahol high school, the mentor and the media.

The first guerrilla action was implemented on 19th of September, 2014 in cooperation with the firemen from municipality of Strumica. We have reused our products to refresh and create more beautiful public space in front of the Fire station. The public area is on a very frequent place and it has 60 м2.

We had 10 volunteers from Planetum and 10 firemen from the anti fire brigade of the Strumica municipality involved in this activity.

Together we have cleaned this area, we have planted grass and created flower pots from old anti fire devices.

The media were invited and present during the activity. There was a statement for the media by the Project coordinator and the Comandir of the Anti fire unit. 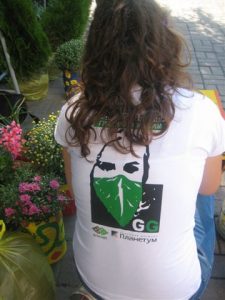 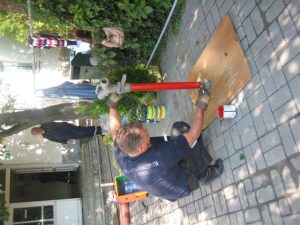 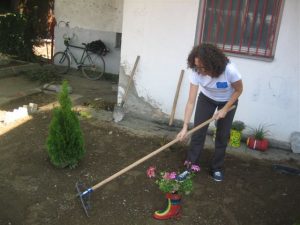 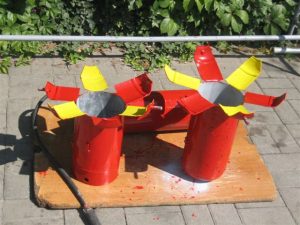