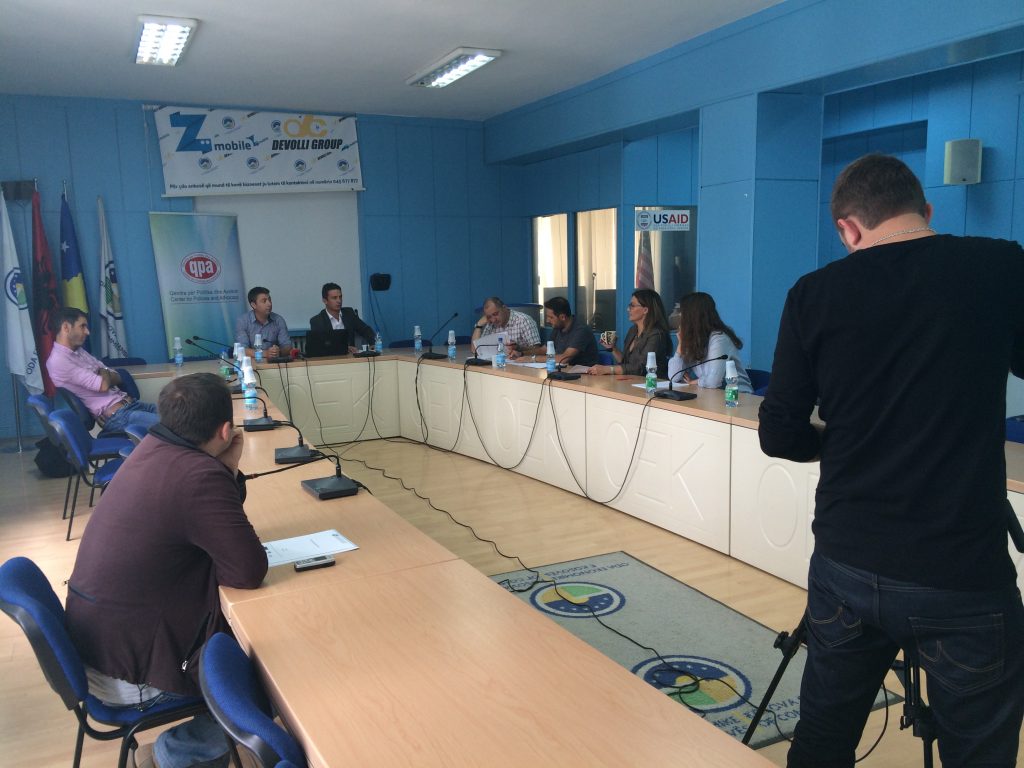 On 12 September 2014, Center for Policies and Advocacy – CPA organized a roundtable with the topic: ‘We deserve a clean environment’, in Prishtina. The roundtable has been organized as a part of the ENV.Net project funded by the European Commission, managed by Punto Sud, and implemented by ATRC in Kosovo.

The purpose of the roundtable was to present findings of the environmental situation monitoring in Gllogoc municipality.

Findings of the report indicate that Gllogoc municipality is one of the most polluted municipalities in Kosovo. This is due to emission of large quantities of dioxide carbon by the industrial company, discharge of black waters in inadequate places, waste mismanagement and disposal of waste in public places, outside containers, and due to activity of quarries.

According to the report, the key polluter in this municipality is the NewCo Ferronikeli Company. This company, besides disposal of industrial waste near Drenica River, erecting piles of scoria, also discharges waters with thermal charge, process waters and waste waters in the river, since the company has no waste water treatment plant.

Participants of the roundtable agreed that competent public institutions have not done enough in preventing this phenomenon. They also expressed their concern regarding lenient sentences against the company by the Environmental Inspectorate and Courts.

This roundtable was attended by representatives of Civil Society Organizations, environmentalists and media.