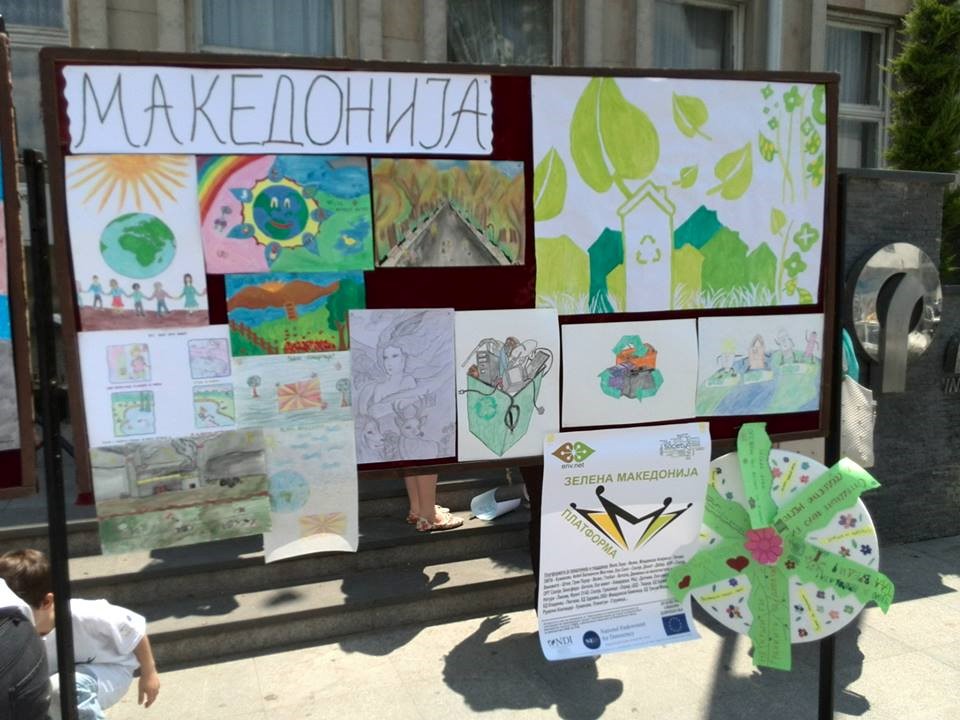 To celebrate the World Environment Day, an event titled “Green Macedonia” was held on June 9th 2014 in Kavadarci. The event was an initiative of 25 environmental organizations, members of the Green Platform of Macedonia.

The purpose of the event was to raise public awareness among institutions and citizens, and especially among the youth, about environment protection issues and their proactive participation in the preservation of nature and its resources.

As part of the initiative, an invitation call was sent to a number of elementary and secondary schools across the country for their involvement in the action. The aim of this call was to awaken the creative and competitive spirit of school students to voice their views about environmental protection that surrounds them, through drawings and sculptures made in their youthful and enjoyable way. 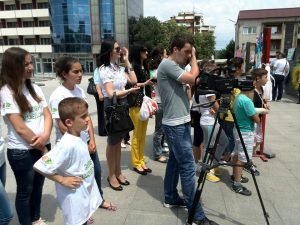 The initiative involved students from over 30 schools in Macedonia. The best three “eco works” were awarded with certificates for Young Ambassadors of the environment. All other participants from the schools involved in this action received a Certificate of Distinguished Ambassador of environment. 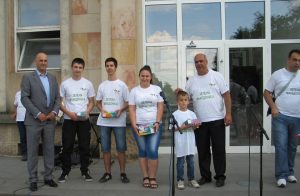 The event is part of the ENV.net project activities in collaboration with the program for “Strengthening civil society organisations to participate in the legislative process,” implemented by the National democratic Institute (NDI) and financially supported by the National Endowment for Democracy (NED) from the United States.