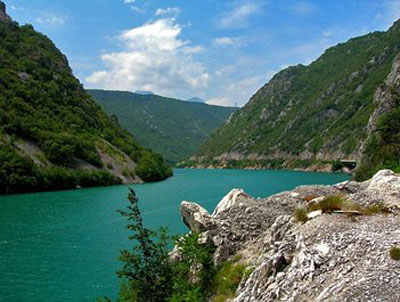 Major energy projects in the Balkans threaten the most valuable wealth in Europe: the rivers. With this message started the press conference of the two relevant international organisations  Euronatur and Riverwatch.

From Slovenia to Macedonia construction is planned of more than 570 hydro power plants. “We must oppose this outdated trend. Many of the planned projects are in conflict with the European legislation and international conventions. Even more scandalous are the investment projects by foreign investors” says Ulrich Eichelmann, President of the International Organisation for preservation of rivers Riverwatch.

“Before the implementation of hydropower projects, we must bare in mind the potential negative impact they may have on the environment”,  said the Euronatur. “This is unacceptable and hinders the potential for sustainable economic development in the Balkans. It is imperative to prepare a global plan for the conservation of vulnerable aquatic ecosystems in the region,” emphasized Gabriel Schwaderer, President of Euronatur.

Also in Macedonia, the resistance of the environmentalists against energy projects is growing, especially after the announcement by the government to begin construction of the two dams: Lukovo Pole and Boskov Most. Environmentalists believe that these actions will flood and jeopardize the status of the National Park Mavrovo.

Locals from the Mavrovo region several times protested because they fear of drying up of the river Radika. The red light was “switched on” by the German scientist Ernst Ulrich nephew of former German President Richard von Weizsäcker, who asked the European Bank for Reconstruction and Development and the World Bank to immediately stop the financing of dams in Mavrovo.

“Where there is no money, protection of the environment is often at the back seat”, wrote recently the respected newspaper Spiegel, devoting full analysis on the construction of the two dams in the country. We are expecting the World Bank to publish its study that should show whether the projects are a threat to the environment.