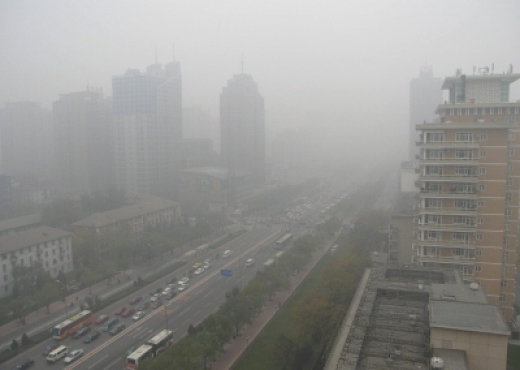 In the past two months citizens of Skopje, Kicevo and Tetovo were struggling with enormously high air pollution. Experts and environmentalists are familiar with the air pollution and the cause of it.

What does it mean an increase of air pollution and how it is measured? Particulate matters are small enough to cause serious health difficulties. They are divided into two categories: PM10 and PM-2.5. PM-10 particles enter through the air as a combination of metal, smoke, diesel soot, dirt, molds. They can be created not only by nature, but from human as well. Some human-made PM10 is coal dust, fly ash, wood smoke, diesel soot, roadside particles from tires and brake wear. Breathing of high level of particle pollution can influence or likely can cause death from respiratory and heart diseases could increase asthma among children and breathing difficulties.

The hourly concentrations of PM10 in the city centre and Karposh reached staggering 600 mcg/m3 and mid-day concentration of these places was 303 mcg/m3. For the protection of human health, that can not exceed 50, which means that with every breath citizens of Skopje were breathing air polluted several times above the safe concentrations.

Although the situation with air pollution in Skopje is slightly improving, citizens in Tetovo are still choking in smog.

Organised protests against the air pollution will continue until the government fulfils their requirements to ensure that “Jugohrom” and all other polluters stop the work until appropriate filters are instilled, and problems with the illegal landfills in the Polog region are solved.